Edit: I finished my two months of drinking Skinny Coffee with and without out working out. These are the results of both months! WARNING: long post! ;)

I will always promote eating healthy and working out FIRST if you want to lose weight. Don’t treat this product as a magical item that will instantly make you slimmer. You will always have the best results if you combine any booster with healthy eating and regular exercise. It’s no use to take boosters and just go on with eating unhealthy food. Remember: being healthy should be a lifestyle change, not a quick fix or a crash diet! ;)

Two months ago I was contacted by Skinny Coffee Club and they asked me if I wanted to try the coffee and be an ambassador for Skinny Coffee! I was quite curious how a coffee was going to make me lose weight, feel less bloated and give me more energy so I said yes.

Skinny Coffee is completely organic and vegan. Here are the ingredients:

Many of these ingredients are known for firing up your metabolism and make you burn more. Green coffee (unroasted coffee beans) for instance is known for aiding with weight loss. Other ingredients like matcha, spirulina and wheatgrass will help you get more energy. So when I saw the ingredients I thought: “This might work!”

If you want to try Skinny Coffee as well, you can use the code ANVERELLE20 to get 20% off your order – everytime!

The second month I will work out like I normally do. This is to see if Skinny Coffee can benefit your workouts if you’re looking for that extra boost!

Side note: With Skinny Coffee you’re not only getting the coffee; you get a food plan and an exercise plan too! I already have healthy eating habits and I have my own workout routine, so I decided not to stick with either of the plans. But if you want to go at full force and follow them I’d say go for it! :)

Skinny Coffee + No Working Out

September 7th: Yay, my first Skinny Coffee package arrived! The first thing I notice is – quite obviously – the smell of coffee: yum! I’m normally not such a coffee drinker, but the rich smell definitely made me curious to try this. First thing the next morning I boiled some water, put one teaspoon of Skinny Coffee in my French press and waited until it was brewed. The first taste was surprising for me. I don’t know if it’s just me being silly but I kind of expected the coffee to have a different taste than – well, coffee! The taste was actually quite good. It’s a lot less bitter than black regular coffee so that was a big plus for me! I drink my Skinny Coffee black but if you want you can add cream or sugar. To stay in the “completely vegan coffee”, you can add almond milk and stevia instead :)

So the first big hurdle was cleared: I liked the taste of it. Now the second one: results! Here’s how it went down week by week:

Week 1:
After only one week I had already lost 0,5 kg without doing anything. I felt less bloated. Normally after every meal my belly would swell up a lot – as if I instantly had gained weight right there and then. This was now less and of course I also felt more energetic. If you’re not used to drinking coffee, it’s pretty normal you’ll feel a spike of energy levels ;) My scale also indicated I’d lost 0,3% of fat. My muscle percentage obviously stayed the same because I didn’t work out. So I lost 0,5 kg and 0,3 % of fat just by drinking the Skinny Coffee!

Week 2:
The following weeks would be less intense; it might be because your body gets used to the higher energy levels after a week and burns less quicker than in the first week. I’m not sure. Anyway, in the second week I lost 0,3 kg and 0,2% of fat. Still really good though!

Right before the start of week 3. Things were going so good and I never felt so slim since I completed my BBG guide! And then of course Mother Nature decided it was time to mess things up, lol ;)

Week 3:
Bad week. My hormones were going crazy between week 3 and 4 because of ‘that time of the month’ and I basically wanted to eat everything bad that came in my sight, lol. I’m very lucky I never get painful cramps but I always have serious cravings and those are sometimes hard to deal with. (Let me know in the comments if you manage to bypass your cravings that specific week!) So this week I had to deal mainly with crazy cravings and a bit of bloating. But despite the pizza, chocolate and crisps I still managed to lose 0,2 kg and 0,2 % fat percentage. Hurray!

Week 4:
By the end of this week, the cravings were finally gone. But as you can tell on my chart I gained 0,1 kg  and that’s probably because I was on my period, eating all the things and feeling bloated. It’s still just 100 grams and 0,1 % of body fat, so absolutely nothing worth fussing about. You’re not even going to notice it.

I worked out twice in that whole month – I tried not to, but I’m used to working out twice or three times a week so it was a bit of a challenge! – so you’ll see a raise of muscle percentage in the last two weeks. Remember that losing muscle also means ‘losing weight’! So not all the weight loss was fat only.

I lost almost 1 kg in one month. I also lost 0,6 % of body fat, which is not bad. The recommended loss of body fat a month is in average 1%, so I think I did quite well for barely working out! I also felt less bloated. Like Skinny Coffee recommends, I think it’s best if you combine the coffee with exercise (and healthy food!) But at the moment I’m quite happy with my results considering I didn’t work out and was on my period somewhere between week 3 and 4. Those are all factors that have messed with my results, but in the end every woman gets her period and I didn’t want to leave anything out regarding some factors and results. Honesty is the most important thing with reviews! :)

Final result after one month of Skinny Coffee + workouts

October 9th: First day of my second month! I’m starting with 55,7 kg, 33,7% fat and 28,8 % muscle. For the next four weeks, the goal was to work out 2-3 times a week. This has always been the case, except for the last week. I was very busy with job interviews and other things, so I didn’t get the chance to go to the gym. I did one home workout in the last week, but nothing I can compare with going to the gym in my case :)

Week 1:
First weigh-in after one week of Skinny Coffee plus workouts! Not so surprisingly, I had gained 300 grams because I had put on 0,2% of fat, but also gained 0,4% muscle. Yay! So I gained just a little bit of weight, but it’s mostly muscle and that weights more than fat.

Week 2:
In this week something worth mentioning happened. I didn’t have my coffee one morning (1 day only) before I went to the gym to work out. And seriously, I didn’t have the same energy level like other days! It was a bit of a blah-workout, but I tried powering through it until I had burned 500 calories (struggled hard, lol) and called it a day. So I definitely feel like the coffee gives me more energy, which is great because that means it will give you that pre-workout boost you sometimes need to get started!

Week 4:
Last week! Not a lot of weight loss (200 grams). Because I didn’t work out that week, I lost another 0,5% of my muscle percentage, which was really sad. Losing muscle percentage goes so fast – I was back at the start muscle wise. That might have been because I focused more on cardio this month, instead my usual BBG type HIIT’s. I definitely feel that if I had done more HIITs, I would have better results. Note to self: continue BBG asap! ;)

I basically stayed around the same weight that month (55-56 kg). I think I’ve reached my personal lowest weight. I don’t think I can go any lower – and I don’t want to. To give you an idea: I haven’t weighed 55 kg since highschool! From March 2015, when I started eating healthy and tracking my weight, until now: I’ve never been 55 kg at any point. Until today! So I do think Skinny Coffee gave me that last push I needed, weight-wise.

In regards of fat and muscle percentage – I believe I can do way better than that! I only lost 0,2% of fat and stayed the same on my muscle percentage. I actually had better results last month, without working out. It’s a bit confusing, but not all that strange. I had a lot more stress the last month and stress is known to play a role in weight gain, so probably fat percentage as well. Working out also makes you think you can take more treats, because “you’ll train them off later anyways”. And as mentioned before, I did cardio instead of HIITs this month so I didn’t burn off as much as I usually do.

Will I continue drinking Skinny Coffee?

Yes. I did lose almost -2 kg and -1,4% in fat while drinking this coffee, so I did have some results with Skinny Coffee! I basically haven’t been slimmer than right now. I would have never thought I would weigh 55 kg again (highschool was the last time!), but there is definitely some more work to do on the fat and muscle percentage.

So to give you my ultimate conclusion:

Skinny Coffee has helped me with losing weight and keeping it. It has given me more energy and bloating is almost a thing of the past for me now. Personally, it’s a great pre-workout boost as well. Before, I practically never had coffee and certainly not completely black! And now, I love my cup of coffee in the morning – there’s something about the smell and the taste that I really like. Plus, the benefits that come with Skinny Coffee are pretty good ;) I’m going to continue drinking it! <3

This product review includes products that are sent to me by a brand or company. Although the product is sponsored, all opinions are honest and are all my own. Please see my disclaimer.

Hi, welcome to Anverelle! My name is Tessa and I'm an almost-thirty-something Belgian beautyblogger. Here you will find beauty reviews and lifestyle articles.
I love to communicate with my readers, so feel free to reach out to me. Happy reading!
Lots of love, Tessa. Read More 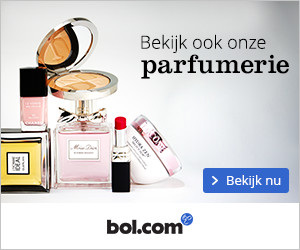